I wasn’t exactly a precocious child, it wasn’t as if I excelled at everything I did. Ooh no, not by a long chalk. But there were a couple of things that I did which other kids seemed to struggle with, and there were some things which I thought I should be able to do, but just didn’t do so well at.

One of those was, and is, public speaking. I thought I could do it, but I couldn’t and then I could do it, but only when I wasn’t thinking about it. Strange. I remember being entered into a debating competition at school, there were two other kids in my team, and we were supposed to be talking about the pros and cons of zoos. I stood up all full of hopeful ignorance and proceeded to die a death up there trying to propose the motion, I was a total failure, and I have never forgotten the humiliating embarrassment of it. It was appalling. My mum was in the audience and she was livid, not with me, but with the teacher of her fourteen year old daughter: ‘I cannot believe that she let you down like that’. Apparently my death onstage was down to lack of preparation, and that wasn’t my fault. Result, thought I. Followed by, I will never ever, ever speak in public again. And I managed to achieve that for many, many years.

In fact it wasn’t until 2007 when I accidentally ended up presenting a radio show that I said anything in public. But that wasn’t really IN public as there was just me, a computer full of songs and a wall to talk to, I couldn’t see anyone, so it wasn’t too frightening. I’m much better with words that have been written down, you can mull over them you see. But the spoken word, once you’ve said it, well you’ve said it haven’t you? No going back. Scary stuff.

However now and again, in fact this week even, I have to stand up in front of people I don’t know and say stuff. This is a challenge to me. And I almost always make a prat of myself, or at least I always feel like a prat. After a recent (and v poor) display I decided that this had got to change. It must be kismet as just like that a professional stand up comedian and teacher Logan Murray is going to be running a one day course in Public Speaking at Mood Beach in Costa D’en Blanes. (He’s also teaching a weekend stand up comedy course which my husband is going to do. We decided only one of us could do it as we would fight over who was funniest). If you want to join me then you can get more info from Glynis at glynisgerman@gmail.com . At some point after this date I shall be restaging my debate almost thirty years later on ‘Cruelty or Conservation, are zoos fair?’ just for my mother’s benefit, okay, and mine too, I admit it.

You can email me Vicki McLeod, I am the author & owner of this site, phoenixmediamallorca@gmail.com ©2017VickiMcLeod 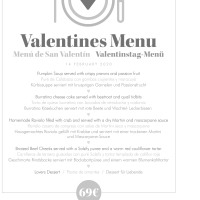 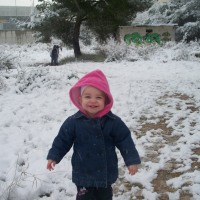